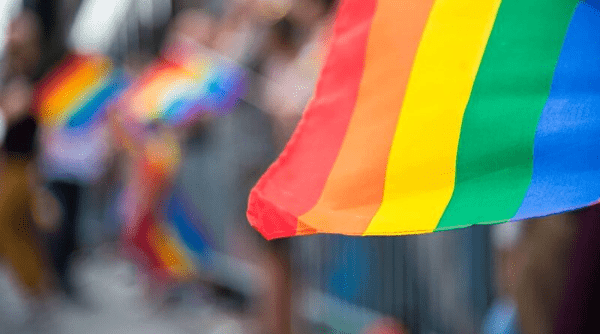 I’ve got the honour of sharing a bit of modern queer history and also talking a little about where we’ve got to today. There is a long and important history of the struggles the queer community have faced and fought over decades past.

In New York, 1969, police raided the Stonewall Inn, which was one of many safe spaces for the LGBTQ community. They often raided places like the Stonewall back then because the laws still forbade same-sex relationships. After suffering too long under police brutality, the brave people at Stonewall resisted. They fought back against this aggression, and the event became infamously known as the Stonewall Riots, a huge turning point for LGBT+ rights.

Many heroic figures who stood up for their human rights at Stonewall were lesbian and trans women of colour, like Stormé DeLarverie, Sylvia Rivera and Marsha P. Johnson. At this point in history, people of colour, feminists and the LGBT+ community, amongst other oppressed groups, were all fighting hard for their rights and often protested together against those in power, who refused to accept any of them for who they were.

This led to the Gay Liberation Front forming in the US, who started the first pride parade in 1970. Over the pond, we followed suit with the first UK pride event in 1972. Through the 70s, LGBTQ groups pushed tirelessly to overturn the prehistoric ideas of who we’re allowed to be, what we could do and who we should love.

Tragically, the following decade saw the HIV/AIDS crisis. Queer people were disproportionately affected, with an unimaginable loss of life. To give just one statistic, according to unaids.org, at the end of 2019, “[24.8 million–42.2 million] people have died from AIDS-related illnesses since the start of the epidemic”, with tens of millions more infected with HIV. Terry Higgins was among the first people confirmed to die due to HIV/AIDS in Britain (in Terry’s honour, there is now the Terrence Higgins Trust, the UK’s leading HIV and sexual health charity).

Much of the 1980s was blighted by renewed prejudice against our community as a result of the AIDS crisis. It reminds me of how today, Asian people have faced racist abuse, being scapegoated for Covid-19. The LGBTQ community, already shunned by many, was then further demonised as being somehow responsible for HIV/AIDS. In this environment of fear, the UK Government under PM Margaret Thatcher passed Section 28, a law preventing teachers from promoting same-sex relationships. She said: “Children are being taught they have an inalienable right to be gay. All of those children are being cheated of a sound start in life”.

In response to this despicable legislation, Stonewall, an LGBT+ rights and advocacy group named after the protest, started up in 1989. They fought for the community’s employment rights, parenting rights, partnership rights and an equal age of consent. Today they acknowledge the huge victories won by their movement, whilst noting how much there still is to be done.

In fact, until I was 8 years old, Section 28 was still UK Law! It was appealed in late 2003. Even then, same sex couples couldn’t form legally recognised partnerships until the end of 2005. They couldn’t marry until 2014 (I’d already started Uni by that point and am nearly 26 now). The point being, progress can be slow and is never really ‘finished’.

However, I’m humbled, grateful and fortunate beyond words to be who and where I am today. I found figuring out who I was a long and difficult process, like many teens in any point in history. I came out as bisexual to trusted people (several separate times, not once!) although now I identify myself more accurately as queer or pansexual. Throughout these years the reactions I’ve had have been overwhelmingly positive and loving. I’m extremely lucky to have the best partner ever who I love very much. I have such accepting family and friends and I work for a company that champions and empowers equality amongst all its staff in such a meaningful way. My work also helps our partners give disadvantaged (including queer) people in Yorkshire live fulfilled lives, which is so beautiful. The only bad incident I ever had was being punched by a mindless thug who saw me in the street with my partner in 2018, but luckily no lasting mental or physical harm.

Crucially, I was born a white, middle class boy in the UK in 1995. I know my story could’ve been so full of struggle, heartbreak or abuse if the lottery of birth had put me in another time, country or social position. I acknowledge my extreme privilege to be so proud, happy and have such freedom. I hope to raise awareness of the battles fought for our community’s acceptance, which continue for so many people at home and abroad still today. News stories of persecution and death amongst queer people across the globe today chill me to my core. Brazil’s president Jair Bolsonaro said on the record that he’d “rather his son die in a car accident than be gay”.

To end on a note of love and positivity though, I know I stand on the shoulders of heroes, the trailblazers of the 20th century who gave everything so we could have better days today. I pay tribute to them, hoping their spirits always live on, and I hope you’ll join me in spreading this message, remembering our history and letting go of our hate. 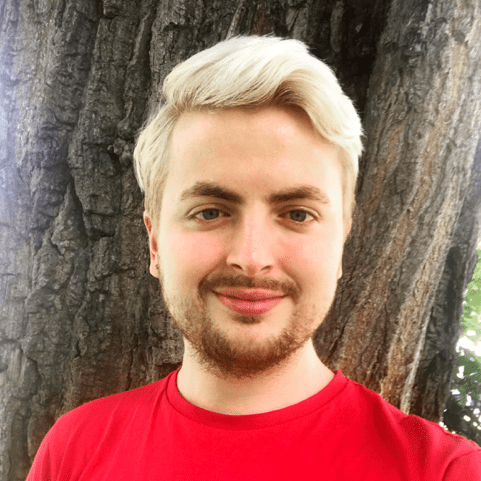 Joe is one of the programme managers on Action Towards Inclusion. His role involves managing the performance of the programme to meet its targets. He most of all loves helping to motivate, challenge and support the programme partners so they can do their incredible work with their participants.

Joe is one of the programme managers on Action Towards Inclusion. His role involves managing the performance of the programme to meet its targets. He most of all loves helping to motivate, challenge and support the programme partners so they can do their incredible work with their participants.

Joe has a BA in Philosophy. He is also mental health first aid trained.

Previously Joe has worked in a Leeds school as a literacy tutor and then briefly at an insurance firm as an administrative assistant. He then joined Better Connect in 2017, as a programme coordinator: assisting partners and ensuring all their paperwork and claims were correct. He has since progressed to programme manager, helping to steer ATI towards success. He also contributes to Better Connect’s marketing group and ATI’s equality and diversity group.

This work matters to Joe because it creates real positive results for so many – from improved mental health to giving people employment opportunities.

Has a 12 year old Patterdale Terrier and an aquarium of fish!

The Goldfinch by Donna Tartt